Last weekend expert dry fly fisherman, Tony Bostock, caught some fantastic wild Usk Brownies on the Gliffaes water over a couple of days. Here is his story of the weekend.

Brown Trout On The River Usk

The Llandetty fish, shown above, (43cm – 2lbs+) was caught in late afternoon on a parachute Greenwell’s Glory dryfly, from the lie just behind the fallen tree on the opposite bank in the smooth glide at the tail of the pool above the lower broken water section of the beat. I had to wade out as far and as quietly as possible to get a longish drag free cast over the fish that was rising intermittently to Olives. The fish took on the second cast and made two great leaps soon after becoming attached. The fish then ran upstream taking a considerable amount of line before control was finally achieved and the fish eventually netted. A very good Brown Trout in good condition, with just a little wear and tear on the lower edge of the caudal fin (Tail). After the photograph the fish was safely returned. 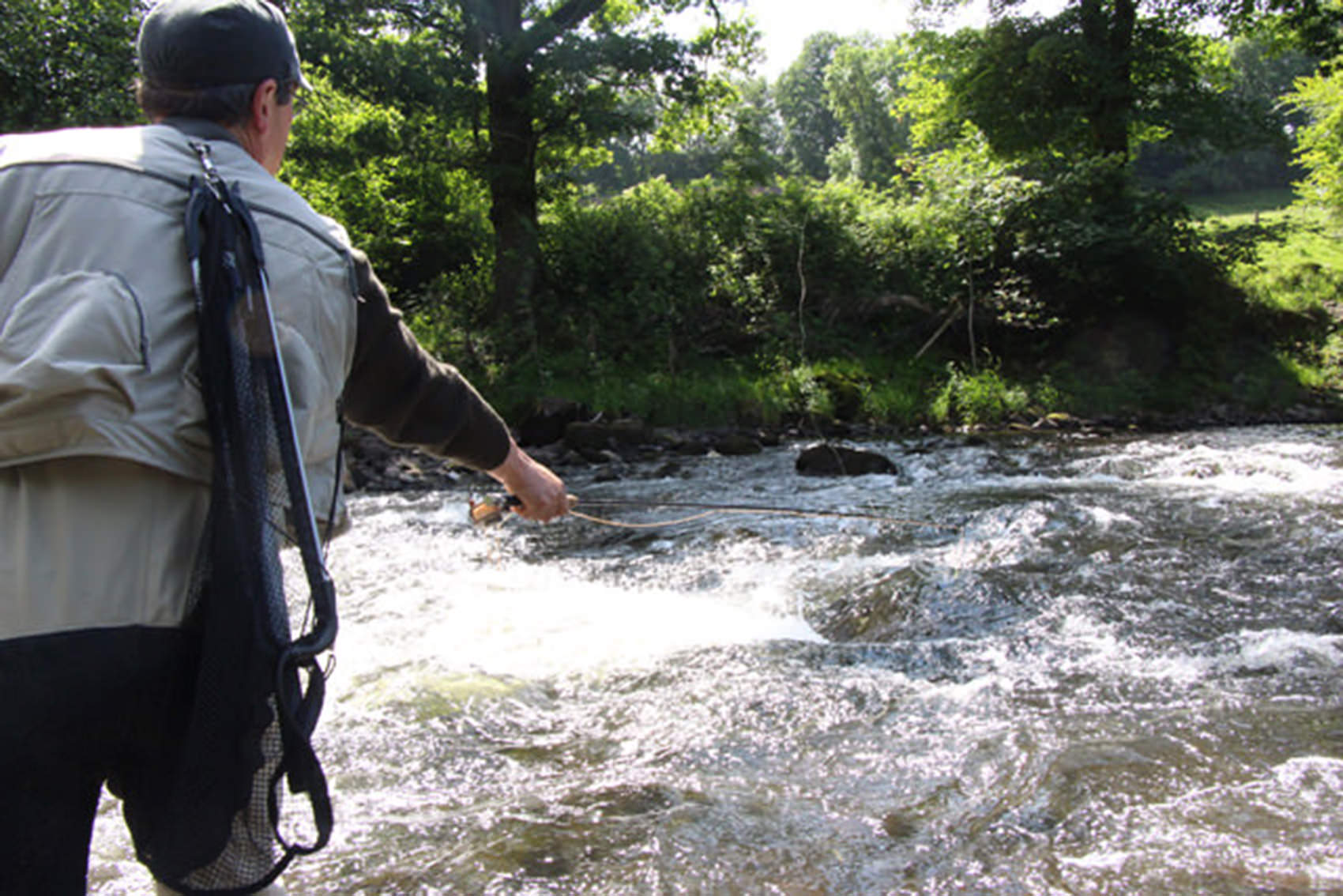 Back on my favourite top beat I was lucky enough during the afternoon to have caught eight fine Brownies up to 38cm by the time I reached the very top of the beat. By  6pm the sparse trickle of Olives had petered out and the river was strangely quiet. Just below the island a large rock divides the river and on the far side the foam lane is always worth a few casts. So wading in as deep as I dared I dropped the small Gold Ribbed Hares Ear dryfly into the likely looking area, and after a few throws I was rewarded with an unassuming rise. Peace was then shattered as the water exploded and the reel screamed and after what seemed an age and many heart stopping moments I managed to scoop the massive fish into the net. After 20 years visiting the Gliffaes at a fin perfect 47cm and somewhere in excess of 2 ½ lbs this was my best Usk Brown Trout to date. After admiring and returning the fish I manage another two smaller fish from the same run. 11 super Brown Trout in just 4 hours of fantastic fishing, topped by the “monster”, surely a feat I’ll never better.
Many thanks for a great weekend.