The Queen Comes To Gliffaes

I bet that headline got you going, well its true, we have two queens living at Gliffaes now. In the beehives at the bottom of the walled garden. 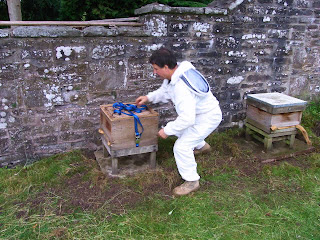 Susie and I started keeping bees some years ago when the man who used to keep several hives here passed on. We had some very successful years at first and then we hit a rocky period along with most of the country’s bee keepers and had a struggle to keep our three hives going. The verora mite and the disease known as, ‘Colony Collapse’ put paid to our bees. Due to the scarcity of bees I have been unable to buy any colonies for the hotel for two years until this year. 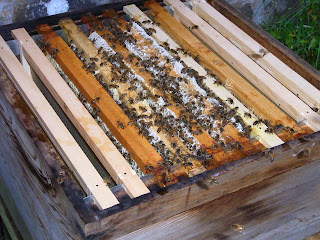 This summer has been a good summer for bees and the bee keeper who sells us Usk Valley Honey for the breakfast tables sold me two hives last week. The hives were brought to Gliffaes at dusk, once all the bees had returned to the hive at the end of a busy day. It does not take bees long to acquaint themselves to their new surroundings as long as you move them more than three miles from where they were before.
Bee hives are inspected about once week during the summer and as we do have an extra bee suit you might like to come and have a look inside a bee hive when we go and take the lid off. Friday afternoon is when we normally go and inspect the hives.