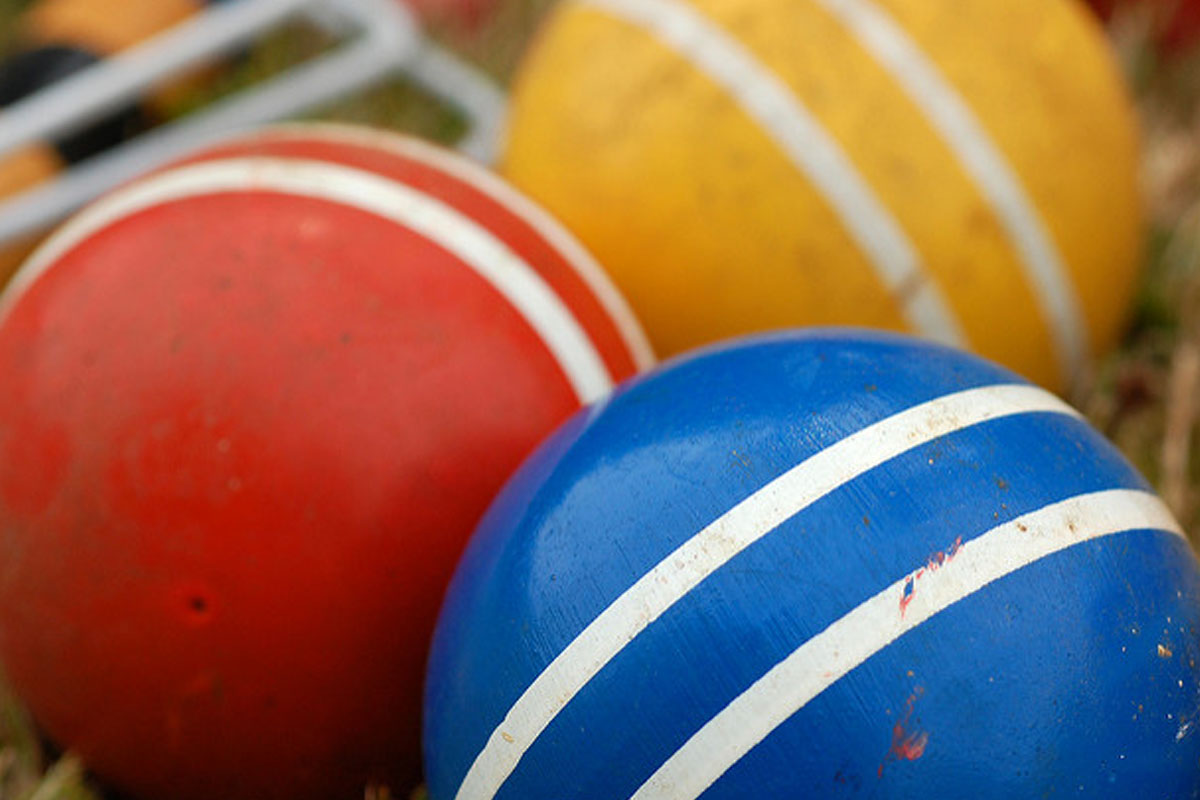 The Rules Of Croquet

As Soon As The Sun Starts Shining Here At Our Luxury Hotel Near Brecon, You Will Find Us Dusting Off Our Mallets And Hoops And Setting Up A Game Of Croquet. Take A Jug Of Pimm’s From The Bar And Head Down To The Lawn.

Croquet In The Brecon Beacons

As soon as the sun starts shining here at our luxury hotel near Brecon, you will find us dusting off our mallets and hoops and setting up a game of croquet. Take a jug of Pimm’s from the bar and head down to the lawn.

We love this fun and competitive game however many people don’t know the rules, so here is a simplified version of the rules of garden croquet according to the World Croquet Federation…

A croquet lawn should ideally be 17.5m x 14m with the peg in the center and hoops laid out as shown. If your garden is smaller, simply scale this down.

Two sides compete to get their balls (either red and yellow or blue and black) to the peg by hitting them through the hoops with their mallets in the order shown, right.

Each hoop ‘run’ or passed through scores one point, as does hitting the final peg; so the winner will be the first side to score 14 (one point per hoop and peg per ball).

Play starts a metre in front of the first hoop and either ball can be played. The other side then plays a ball from the starting point.

At the beginning of each turn you can choose to play either of your side’s balls. You are allowed to gain extra shots from the very start of play. If you hit your ball so that it hits one of the other three balls you earn two extra shots.

The second extra shot (continuation shot) is then played from where your striker’s ball lies. After scoring a hoop you can then start to earn extra shots again by hitting any of the other three balls.

In order for your side to win, you have to score six hoop points for each ball and then hit the peg with both balls. This is usually done in the same turn during a croquet stroke and the continuation stroke. You can also win by hitting the peg with each ball in two separate turns.

You can read the full rules at croquet.org.uk.

Ready to play this cunning and entertaining game? The lovely gardens and lawns at our beautiful South Wales hotel truly are the perfect place to play this wonderful game. Book direct for our best rate or give us a call on 01874 730 371 for more information.

Here At Gliffaes, We’re Very Lucky As Our Hotel In The Brecon Beacons Is Placed Conveniently In Mid Wales. Due To This, We Take Great Pride In Keeping Up To Date With The Goings-On Across The Nation And Offering A Luxurious Base For Our Guests Who Wish To Explore.

To help you decide on whether you would like to visit our wonderful part of the world in 2018, we have put together our 18 reasons to visit Wales in 2018.